Is Investing In Bitcoin A Good Idea?

What Is Bitcoin and how does it work?

Bitcoin was “introduced” or made in 2009. It is a crypto-currency and it uses the blockchain method to keep track of the transactions and information related to the Bitcoin. The currency is decentralized meaning no banks own it and the transactions are all made online. To understand the functioning of Bitcoin first we need to understand blockchain.

The blockchain, as the name suggests, refers to a block that is data or information and a chain that is a public database where this information is stored. These blocks or chunks of data consist of 3 kinds of information. If you purchase something online with this currency the data that is stored in the block is the date, time, and the value of your purchase on that website.

The second information that it stores is the detail about the person or the one body who is performing the transaction in this case, you. And it is stored not by your actual name but in the form of your digital signature which works like a username in easier terms. The last information that a block stores, is the information about itself; its identity.

This information is stored in the form of a unique code called a hash which is a code that is created by special and very complex algorithms. The block also contains the hash of the block before it. So even if every other information of you buying the same thing at a relatively same time should make the block the same this hash helps the block to distinguish between other blocks.

A block can store around a thousand transactions of such kind. After you have done the purchase whereas in another form of online transactions there is a verification process and there are commissions or some person in charge of checking those data entries the blockchain has a network of computers that check if your transactions areas it says (date, time, value and digital signature). This information is public and you can see for yourself block information like when, where and by whom was it added to the blockchain.

Many Bitcoin fans agree the digital money is the future. Some of the people that back Bitcoin claim that it allows a much cheaper, low-fee payment method for purchases across the globe. While not sponsored by any nation or central bank, Bitcoin may be traded for conventional currencies. Nonetheless, one of the key factors for the rise of digital currency such as Bitcoin is that they will serve as a substitute for national fiat currency and physical assets such as gold.

The selling of bitcoins that you mined or bought from another person, or the usage of bitcoins to pay for goods or services, are instances of purchases that may have taxes on them.

Like every other commodity, the concept of low buying and high selling refers to bitcoins. The most common way to amass the money is by purchasing a bitcoin exchange, although there are multiple other ways to gain your bitcoins.

Is investing in Bitcoin Risky?

While Bitcoin wasn’t planned like a regular stock investment (no bonds were issued), some retail investors were attracted to the digital money after a rapid acceleration in May 2011 then again in late 2013. As a consequence, more consumers bought bitcoin for their investment interest rather than as a means of trade. Nevertheless, their lack of assured security and intangible origin implies that the buying and usage of bitcoins brings a range of inherent risks. Such investor warnings were released by the SEC, the Consumer Financial Protection Bureau (CFPB), the Financial Sector Regulatory Authority (FINRA), and other organizations. The idea of virtual currencies is also new because, relative to conventional assets, Bitcoin couldn’t have much of a great track record or a background of legitimacy to back that up. Despite their growing success, bitcoins have become less futuristic every day; yet, after 10 years, they (like other digital currencies) remain in the growth process and are continuously developing. It is very much the greatest-risk, greatest-return opportunity to invest said Barry Silbert, CEO of the Digital Currency Company, which develops and trades in Bitcoin and cryptocurrency companies.

Like any currency, the values of Bitcoin can fluctuate. Yes, the valuation of the cryptocurrency has seen extreme market variations throughout its brief lifespan. Due to large frequency purchasing and selling on markets, it has a strong vulnerability of ‘data.’ According to the CFPB, the value of bitcoins dropped by 61 percent on a single day in 2013, whilst the one-day price decline in 2014 was as large as 80 percent.

The Future of Bitcoin:

Several economic experts expect that there will be a significant shift in crypto when institutional capital joins the sector. There is a chance that crypto would be traded on the NASDAQ, this will give prestige to crypto-currency and its usage as an alternative to traditional currencies. Some expect that all that crypto requires is a licensed Exchange Traded Fund (ETF). The ETF will surely make it simpler for people to invest in cryptocurrency, but they’re also in needs to be a market to invest in crypto, which would not be created immediately by the fund. The future of bitcoin depends on several factors most of which we will discuss below.

The potential prospect for Bitcoin has been the topic of much discussion. Although financial media are accelerated by so-called crypto-evangelists, an Economics and public policy professor at Harvard University predicts that the “overwhelming expectation” of crypto-evangelists is that the overall market capitalization of crypto-currencies will skyrocket within the next five years, increasing to $5-10 Trillion. The asset class’s recent instability is “no cause to worry,” he notes. Nevertheless, he contrasted his confidence with that of the “crypto evangelist” perception of Bitcoin as digital currency, finding it “nutty,” claiming that its long-term worth has more chances to be hundred dollars and not a hundred thousand dollars. The Professor claims that, unlike actual gold, the usage of Bitcoin is restricted to transfers that render it more susceptible to a bubble-like crash. In comparison, the energy-intensive testing method of the crypto-currency is far less effective than the processes that depend on a reliable centralized power like a central bank.

The criminal activity factor is also there. Bitcoin’s core advantages of decentralization and transfer transparency have also rendered it a popular asset for a variety of illicit activities, namely money laundering, cocaine peddling, piracy, and weapons acquisition. It has drawn the interest of influential authorities and other policy bodies, such as the FinCEN, the SEC, and even the FBI and DHS. In March of 2013, FinCEN released regulations identifying virtual currency platforms and operators as financial service companies, putting them within the scope of government regulation. In May of that year, the DHS suspended the account of Mt. Gox – the largest Bitcoin exchange – operated at Wells Fargo, claiming violation of anti-money laundering legislation. And in August, the New York Department of Financial Services released indictments to 22 digital payment firms, several of whom managed Bitcoin, asking about their efforts to combat money laundering and maintain customer safety.

The factor of the emergence of many other crypto-currencies also effects on the future of bitcoin. Given recent problems, Bitcoin’s popularity and rising exposure since its introduction has culminated in a variety of businesses introducing alternate cryptocurrencies. Some of them may provide a better market for trading include:

What the Future Holds:

Any of the drawbacks that crypto-currencies pose such as the possibility that one’s digital wealth can be destroyed by a machine accident, or whether a virtual bank can be raided by a hacker can be solved in time through technological developments. That becomes more challenging to resolve is the underlying fact of crypto-currencies – the more successful they are, the more enforcement and political oversight they are likely to be given, which contradicts the central principle of their life. Although the amount of traders embracing crypto-currencies has slowly risen, they are nevertheless very much in the minority. To order for crypto-currencies to become more commonly adopted, they will first achieve general acceptance among users. Nevertheless, their relative novelty compared to traditional currencies is likely to dissuade most citizens, even those who are technically advanced.

Should You Invest In Bitcoin?

When you are contemplating investing in crypto-currencies, it might be wise to view the “investment” in the same manner as any other extremely risky venture. In other terms, understand that you end up losing much, if not many, of your investment. When mentioned earlier, a crypto-currency has little inherent worth aside from what the user can pay for it at that particular instance of time. It renders it quite vulnerable to massive demand fluctuations, which in effect raises the investor’s chance of failure. When you can’t handle that kind of uncertainty, search around for assets that are better tailored to you. Whereas the opinion remains strongly split on the validity of Bitcoin as an investment supporter points to its small supply and-usage as market generators, whilst the critics see it as yet another financial bubble, this is a discussion that a cautious investor will do well to refrain.

The advent of Bitcoin ignited a discussion over its existence and that of other crypto-currencies. Following recent problems with Bitcoin, its popularity since its introduction in 2009 has encouraged the development of alternate blockchains like Etherium, Litecoin, and Mintchip. A cryptocurrency that aspires to become part of the traditional financial structure will have to follow somewhat specific standards. Although the likelihood seems distant, there is little question the Bitcoin’s success or inability to cope with the challenges it confronts that decide the fortunes of other cryptocurrencies in the coming years. 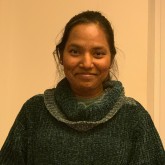